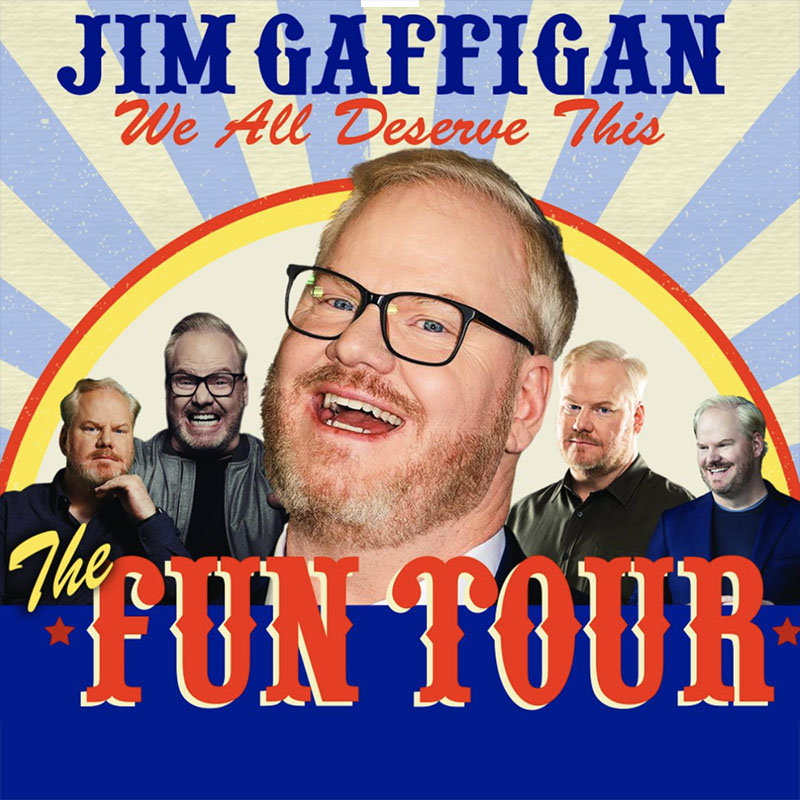 A dry and clever American standup comedian who’s hateful toward Hot Pockets and proud to be pale, Jim Gaffigan is a regular on the late-night talk show circuit and an in-demand actor and successful author as well. His observational humor pokes fun at food, laziness, and fatherhood, among other things, and he is regarded as a “clean comic” who avoids using profanity. Since debuting in the early ’90s, Gaffigan has released a string of acclaimed comedy albums like Beyond the Pale (2006), Mr. Universe (2012), and Noble Ape (2018). He has also appeared in dozens of films and television programs, and published multiple books of humorous essays, making him one of the most successful comics of the early 21st century.

Bowling, bacon, and the Waffle House chain of restaurants were some of the topics covered on his 2009 release, King Baby. Returning to this theme, his 2012 effort, Mr. Universe, included the track titles “McDonald’s,” “Subway,” and “Domino’s.” “Donuts,” “Fried Bread,” and “Kobe Beef” all appeared on 2014’s Obsessed, an album that kicked off with the track “Can’t Stop Eating.” In 2017, Gaffigan released Cinco, the title referring to the fact that he’s the father of five children, and it was the soundtrack to his fifth comedy special for cable television. The 2018 standup special Noble Ape saw Gaffigan taking on a more personal tone that dealt with family medical issues and the possibility of him retiring from comedy. He returned in 2019 with a seventh standup special, Quality Time.