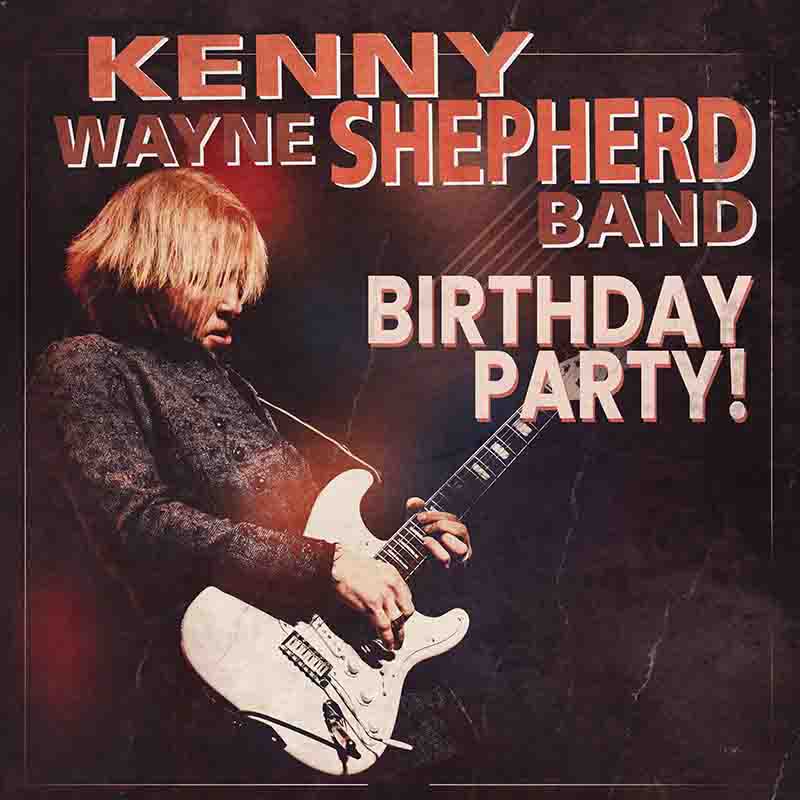 Shemekia Copeland
"Married To The Blues"

There are few artists whose names are synonymous with one instrument and how it’s played in service to an entire genre.

Utter the phrase “young blues rock guitarist” within earshot of anyone with even a cursory knowledge of the modern musical vanguard and the first name they are most likely to respond with will be Kenny Wayne Shepherd. The Louisiana born axeman and songsmith has sold millions of albums while throwing singles into the Top 10, shining a light on the rich blues of the past and forging ahead with his own modern twist on a classic sound he has embodied since his teens.

In a 20-year recording career that began when he was just 16, Shepherd has established himself as an immensely popular recording artist, a consistently in-demand live act and an influential force in a worldwide resurgence of interest in the blues.

At 16 years old, he signed his first record deal and burst onto the national scene with the release of his 1995 debut album Ledbetter Heights, which produced the radio hits “Deja Voodoo,” “Born with a Broken Heart” and “Shame, Shame, Shame.” His relentless touring and success on rock radio helped to drive the album to Platinum sales status. His 1998 sophomore effort Trouble Is… also went Platinum, yielding such radio hits as “Blue on Black,” “True Lies” and “Somehow, Somewhere, Someway.” 1999’s Live On spawned the radio hits “In 2 Deep”, “Shotgun Blues” and “Last Goodbye.”

Over the course of her career as an award-winning artist, singer/songwriter/guitarist Samantha Fish has brought extraordinary power to her self-expression, capturing her inner world in combustible riffs, visceral rhythms, and spine-tingling vocal work. On her new album Faster, she joins forces with superproducer Martin Kierszenbaum (Lady Gaga, Sting, Sheryl Crow) and imbues even more intensity into her electrifying brand of blues/rock-and-roll. With Fish accompanied by legendary drummer Josh Freese (Guns N’ Roses, Nine Inch Nails, The Replacements) and bassist Diego Navaira of The Last Bandoleros, the result is a singular body of work both irresistibly galvanizing and emotionally raw.

The follow-up to 2019’s Kill or Be Kind (Fish’s Rounder Records debut), Faster came to life at the famed Village Studios in Los Angeles, where she and Kierszenbaum uncovered new possibilities in her captivating sound. “Kansas City played a major part in bringing us together: I was born and raised in KC and Martin has some familial ties. Shortly after being introduced last year, we had a conversation about making an album,” she recalls. “His track record was perfect for what I wanted to do with this album, which was to expand into different genres while retaining the roots I’d built in the blues world.” Revealing her affinity for North Mississippi blues heroes like R.L. Burnside and wildly inventive iconoclasts like Prince, the album ultimately embodies an unbridled energy true to its emotional core. “The whole record has a theme of taking charge and taking the reins, in a relationship or in life in general,” says Fish. “I really thought that after 2020 I’d end up with a really dismal, bleak album, but instead, we came up with something that’s fun and sexy and so empowering.”

A Power house from the Lone Star State, the Ally Venable Band has ignited excitement in the modern blues scene. Lead guitarist and vocalist, Ally Venable, started singing at an early age in church and at 12, picking up a guitar and finding her passion, established herself as a Texas Blues Guitar Slinger. Guitar Player Magazine stated that ” Venable pulls off a stunner of gritty and/or sultry blues rock tunes embellished with lots of tasty guitar solos.” She has received many awards including the East Texas Music Award in 2014 and 2015 for “Female Guitarist of the Year,” three time winner of the “Blues Band of the Year,” “Album of the Year,” and “Entertainer of the Year,” in 2018 2nd Place – Dallas International Guitar Show 10 Under 20 Contest 2015 Ally’s 2018 release Puppet Show debuted at #7 on the Billboard Blues Charts, featuring Gary Hoey & Lance Lopez.

With a recording career that began in 1998 at age 18, award-winning vocalist Shemekia Copeland has grown to become one of the most talented and passionately candid artists on today’s roots music scene. Her riveting new album, Uncivil War, builds on the musically and lyrically adventurous territory she’s been exploring for over a decade, blending blues, R&B and Americana into a sound that is now hers alone. The soulful and uncompromising Uncivil War tackles the problems of contemporary American life head on, with nuance, understanding, and a demand for change. It also brings Copeland’s fiercely independent, sultry R&B fire to songs more personal than political. NPR Music calls Shemekia “authoritative” and “confrontational” with “punchy defiance and potent conviction. It’s hard to imagine anyone staking a more convincing claim to the territory she’s staked out—a true hybrid of simmering, real-talking spirit and emphatic, folkie- and soul-style statement-making.”

Shemekia Copeland
"Married To The Blues"