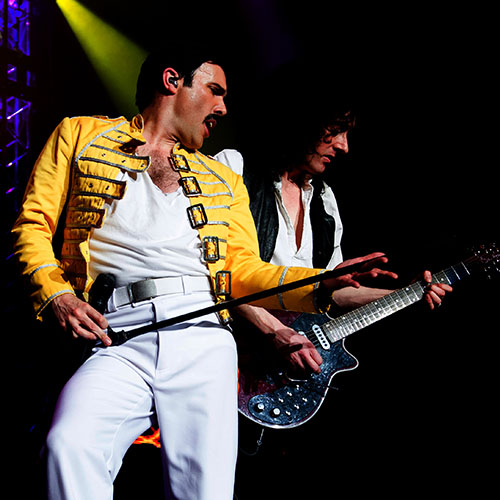 A Tribute to Queen

Living up to the promise they will rock you since 1993, Killer Queen has won countless awards including “Worldwide Best Tribute Band” and “Best Concert of the Year.” They’ve represented Queen in Bob Geldof’s LiveAid concert, had a residency in the West End, and even scored a number one hit recording the harmonies for “The Real Life” with Fatboy Slim!

Now this wildly successful show is heading to Fraze Pavilion. Looking at their journey so far, Patrick Myers said “The concerts grew and grew and we’ve ended up playing and selling out the same arenas that Queen played at their peak. It’s been quite a surreal ride.”

Killer Queen is the best tribute band to one of the best British bands of all time. This show is not one to be missed!