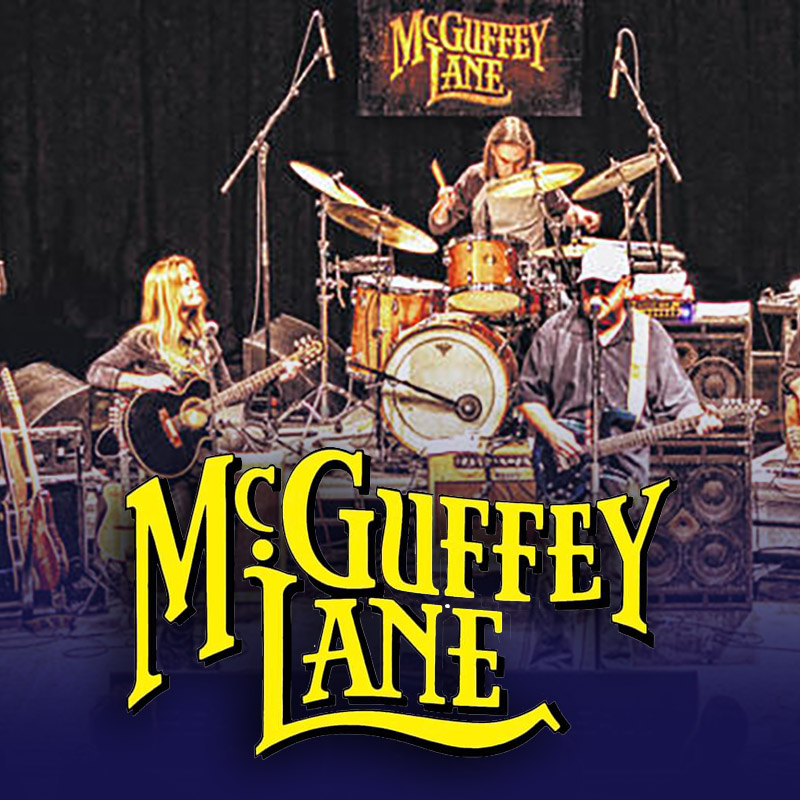 McGuffey Lane
"It's A Good Day"

Kick off your weekend with a $5 Concert!

McGuffey Lane began playing regular gigs in a Columbus club, and developed a large, devoted following in Ohio. The group had their first hit on the pop charts with “Long Time Lovin’ You.” Their second album, Aqua Dream, was released at the end of 1980 and produced a minor pop hit with “Start It All Over.”

A few years ago McGuffey Lane released their Greatest Hits CD. Just another reason the band has been very successful on the road with a whole new generation being added to their loyal list of fans.

Molly Pauken, Randy Huff, and Kevin Reed join original members, John Schwab, Terry Efaw and Steve Reis, as one of the Midwest’s most popular bands. Their polished harmonies and innovative talent continues to wow their audiences. From their high energy music to the beautiful ballads, this band has something for everyone… and all who are fortunate enough to see the show walk away with a feeling truly entertained.

Over the years McGuffey Lane has worked with nationally known artists such as The Allman Brothers Band, The Judds, The Atlanta Rhythm Section, Exile, Marshall Tucker Band, and Charlie Daniels, and Pure Prairie League. They were grateful to open for Merle Haggard on his final tour.

Other popular hits include “People Like You,” “Ain’t Life Funny,” “Ain’t No One (To Love You Like I Do),” “Stagecoach,” “Green Country Mountains,” “Music Man,” “Breakaway,” “Lady Autumn,” “Stay In Love With You,” and “A New Beginning.”

McGuffey Lane
"It's A Good Day"