Did you know this about Average White Band? 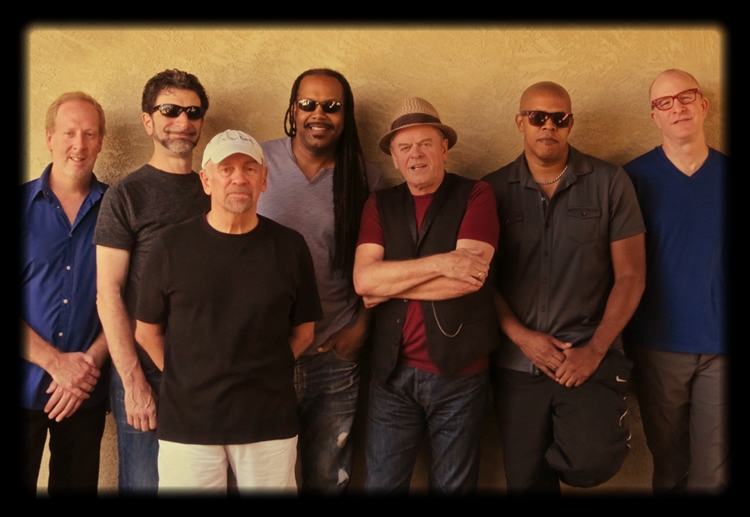 The Average White Band is (L-R)
(See them at Fraze Pavilion with Brian Culbertson on July 21, 2019)

AWB are widely regarded as one of the best soul and funk bands in the history of music. Though perhaps best known for their timeless instrumental mega-hit ‘Pick Up the Pieces’ the band’s strength actually lay in their consistently accomplished song-writing, stretching across several gold selling albums and multi- grammy nominations for the legendary Atlantic Records. Somewhat incongruously, given their Scottish roots, the six piece took the influences of their R&B heroes – people like Marvin Gaye, James Brown, Donny Hathaway and others – and developed their own ‘authentic’ sound which was eagerly adopted by black audiences in the US and elsewhere.

Whilst a good number of cuts – ‘Cut The Cake’ and ‘Let’s Go ‘Round Again’ to name but two – attracted chart action as hit singles, many other album tracks, like ‘Schoolboy Crush’ and ‘Person to Person’ became much sampled and turn-tabled ‘rare’ grooves. Many more tunes, such as ‘Cloudy’, ‘A Love Of Your Own’ and ‘Nothing You Can Do’ – amongst many others- stand alongside some of the finest soul ‘album tracks’ ever recorded.

The current lineup of the band, with noted US musicians alongside founding members Alan Gorrie and Onnie McIntyre, continues to delight audiences and critics alike in its wide – ranging touring. The musical energy and trademark sound are remarkably true to the original, and with constant revisitations and re-workings of AWB’s, and others’ classics in the mix, it is no surprise that the Average White Band is now a multi – generational attraction, and a perennial fixture with so many of the top music venues.

A BIT OF HISTORY

1965-66
PERTH, SCOTLAND
Alan Gorrie co-founds the ‘Blue Workshop’ as a place for musicians to interchange line-ups and explore the jazzier side of R&B. Regulars included Dundee Art College buddies Molly Duncan and Roger Ball on horns, Jim Mullen on double bass (yes, that Jim Mullen!) and a startling visit from a young Robbie McIntosh on drums.

1967
LONDON
Gorrie joins McIntyre in the Scots of St James, who work mostly backing visiting American soul artists, they tour Germany playing clubs and US military bases. The reaction to their own set however, gives Gorrie the idea that with the right line-up, U.S. tours may be possible. They are joined briefly by Hamish Stuart, change the name to ‘Hopscotch’ and land a recording deal with United Artists releasing 2 singles. Stuart leaves to form Dream Police in Glasgow

1970
London being the only UK city in which to secure a recording contract, all future AWB members are now there working and recording; McIntosh, who with the Senate, had backed Ben E. King, Garnet Mimms etc, is now with Brian Auger’s Oblivion Express with Jim Mullen and Alex Ligertwood. Gorrie & McIntyre have two albums with RCA as Forever More, Stuart is with The Dream Police, Duncan and Ball with Mike Rosen on trumpet (dubbed ‘The Dundee Horns’ by Maggie Bell), are now in demand as a horn section.
Collectively they become the unofficial house band at Island Studios working individually and/or together on various sessions, most notably Johnny Nash’s ‘I Can See Clearly Now’.

1971
Gorrie books studio time in Denmark Street Studios and with the Dundee Horns, McIntyre and McIntosh, record three original songs; the results are such that they immediately decide to form the band and look for management. They find Robin Turner (via Robert Stigwood) who in turn persuades film actor Stanley Baker to finance the project.

1972
McIntyre and McIntosh record live with Chuck Berry at The Lanchester Arts Festival. Released as The London Sessions his best selling album ironically spawned his first and only No.1 single ‘My Ding-A-Ling’.

Stanley Baker’s company promotes The Lincoln Music Festival, the band is booked, but don’t yet have a name. Running out of time, British diplomat pal Rab Wyper’s catch phrase ‘too much for the average white man’ is adapted, and Average White Band is born.

After their first gig however, Gorrie decides that his vocal approach demands a second lead singer with a strong falsetto. Hamish Stuart, (doubling on guitar and bass) is brought in to replace trumpeter Rosen. Bonnie Bramlett of (Delany & Bonnie) hears the new rehearsal tapes and flies AWB to Los Angeles to start work on her first solo album
Sweet Bonnie Bramlett. Six weeks later AWB arrive back in London with heads full of ideas and armloads of vinyl, including future AWB classics ‘Work To Do’ and ‘Put It Where You Want It’.

1973
After a long hiatus, Eric Clapton stages his comeback performance, dubbed the Rainbow Concert, it is one of the most highly anticipated music industry events in years. AWB performs and receives rave reviews.

MCA Records sign them immediately. The result, Show Your Hand is released on both sides of the Atlantic to ‘much acclaim and cult status’ but does not cross over into mainstream. The next album would have to be recorded in the States.

1974
LOS ANGELES
What eventually becomes known as the White Album is recorded for MCA in Los Angeles, but MCA rejects it. Undeterred, the band discovers that Jerry Wexler from Atlantic Records is in town, they crash his party and play him the album. In his book The Rhythm And The Blues Wexler says “They hit me where I lived, their tape was great and I wanted to sign them on the spot!”
Arif Mardin is assigned producer and asks for two more songs. (‘Nothing You Can Do’ and You Got It’) are written before flying down to start recording at Miami’s Criteria Studios.

NEW YORK
The difference in sound between the LA tapes and the new Miami sessions result in the original MCA tracks being re-recorded.  The band is flown to Atlantic Studios in N.Y.  Gene Paul (son of Les) is assigned as the engineer best equipped to capture their sound.

LOS ANGELES
Commonly known as The White Album, the eponymous AWB album is released in August. In September on the last night of a triumphant week at The Troubadour, drummer Robbie McIntosh dies of a drug related incident at a celebratory Hollywood party.

Now with black Brighton-born drummer Steve Ferrone on drums, the follow up Cut The Cake album is released. (No 1 R&B album) and earns the band another Grammy Nomination – Best Rhythm & Blues Vocal Performance – for the single ‘Cut The Cake’

1977
Benny & Us with Ben E. King is released as a partnership album featuring the ex-Drifters front-man on lead vocals (No. 9 R&B Album).

AWB is chosen to form the nucleus of Atlantic’s All-Stars at The Montreux Jazz Festival. The live album from the festival is released later that year; the highlight being a big band version of ‘Pieces’ arranged and conducted by Arif Mardin, The all-star line-up includes Randy and Michael Brecker, Don Ellis, Herbie Mann, Sonny Fortune, Jim Mullen, Dick Morrisey. (Phil Collins commissioned the same arrangement from Arif Mardin in the late nineties for his big band Montreux appearance).

1979
Feel No Fret  (self-produced by AWB) is released, featuring hit singles ‘Walk On By’ and ‘Atlantic Avenue’. It re-establishes the band in Britain and Europe where they tour extensively throughout the summer.
AWB leave Atlantic Records and sign with Arista (US) and RCA Victor (Europe).

1980
Shine (Produced by David Foster) is AWB’s debut for Arista /RCA and includes UK hits ‘For You, For Love’, and ‘Let’s Go Round Again’ (No.12 in the UK) and has the longest stay in the charts of any single that year.

Volume VIII is released on Atlantic, and contains four previously unreleased songs on side one, and a Best Of selection on side two.

2005
Greatest & Latest released, a retrospective of post 1989 material, featuring both live and studio cuts including an instrumental remake of ‘Work To Do’ which becomes a nationwide hit on Smooth Jazz Radio.

2007-PRESENT
The band continues to tour extensively across North America with appearances in the UK, Japan, South Africa and elsewhere.