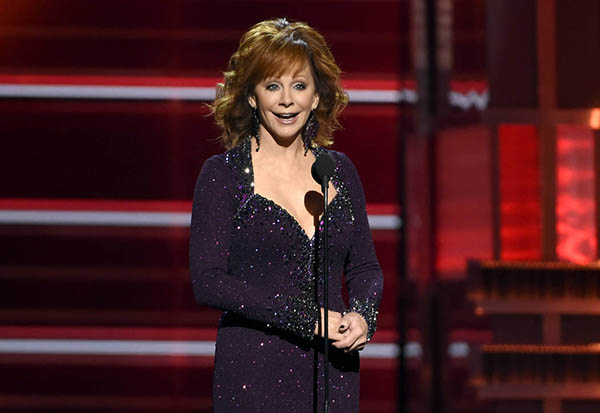 The John F. Kennedy Center for the Performing Arts today announced the selection of four Honorees who will receive the 2018 Kennedy Center Honors for lifetime artistic achievements, and a special Honors distinction for a work of art and its co-creators. Recipients to be honored at the 41st annual national celebration of the arts are: singer and actress Cher, composer and pianist Philip Glass, Country music entertainer Reba McEntire, and jazz saxophonist and composer Wayne Shorter. This year, the co-creators of Hamilton — writer and actor Lin-Manuel Miranda, director Thomas Kail, choreographer Andy Blankenbuehler, and music director Alex Lacamoire—will receive a unique Kennedy Center Honors as trailblazing creators of a transformative work that defies category.

“The Kennedy Center Honors recognizes exceptional artists who have made enduring and indelible marks on our culture,” stated Kennedy Center Chairman David M. Rubenstein. “Cher is the consummate star, wowing generations of fans with her distinctive voice, blockbuster albums, and glittering on-screen presence; Philip Glass is a modern-day Mozart whose works across opera, symphony, chamber music, and film define contemporary music and simply transfix us; Country songstress Reba McEntire has inspired us over four decades with her powerhouse voice and music that conveys heartfelt, heart-warming honesty; Wayne Shorter is a seminal artist who, as both a composer and saxophonist, has carried forward the mantle of jazz; and the creators of Hamilton have literally and figuratively changed the face of American culture with daringly original, breathtakingly relevant work.”

“The world looks to America for its creative instincts and artistic courage. This year’s slate of Honorees represents the pinnacle of our nation’s originality and the rich mosaic of diverse perspectives and art forms that has come to define who we are as a people,” said Kennedy Center President Deborah F. Rutter.

“As the national cultural center, the Kennedy Center is guided by its artistic mission to pay tribute to the past, to offer a platform for artists making transformative impact in the present, and to shepherd creative innovators as we look toward the future,” Ms. Rutter continued. “Historically, the Kennedy Center Honors has celebrated lifetime achievement. In recognizing Hamilton and its co-creators, the Kennedy Center is making an unprecedented statement about an unprecedented work—a work that transcends cultural boundaries and tells America’s story in a powerful and contemporary way.”

Throughout its 40-year history, the annual Honors Gala has become the highlight of the Washington cultural and society calendar, and its national broadcast on CBS is a high point of the television season. On Sunday, December 2, in a star-studded celebration on the Kennedy Center Opera House stage, produced by Ricky Kirshner and Glenn Weiss of White Cherry Entertainment, the 2018 Honorees will be saluted by today’s leading performers from New York, Hollywood, and the arts capitals of the world. Seated in the Box Tier of the iconic Kennedy Center Opera House, the Honorees will accept the recognition and gratitude of their peers through performances and tributes.

The 2018 Kennedy Center Honors Gala concludes with a dinner in the Grand Foyer. The Honorary Chairs of the 2018 Honors Gala are Buffy Cafritz and Ann D. Jordan.

The Honors Gala will be recorded for broadcast on the CBS Network for the 41st consecutive year as a two-hour primetime special on Wednesday, December 26 at 8 p.m. ET.