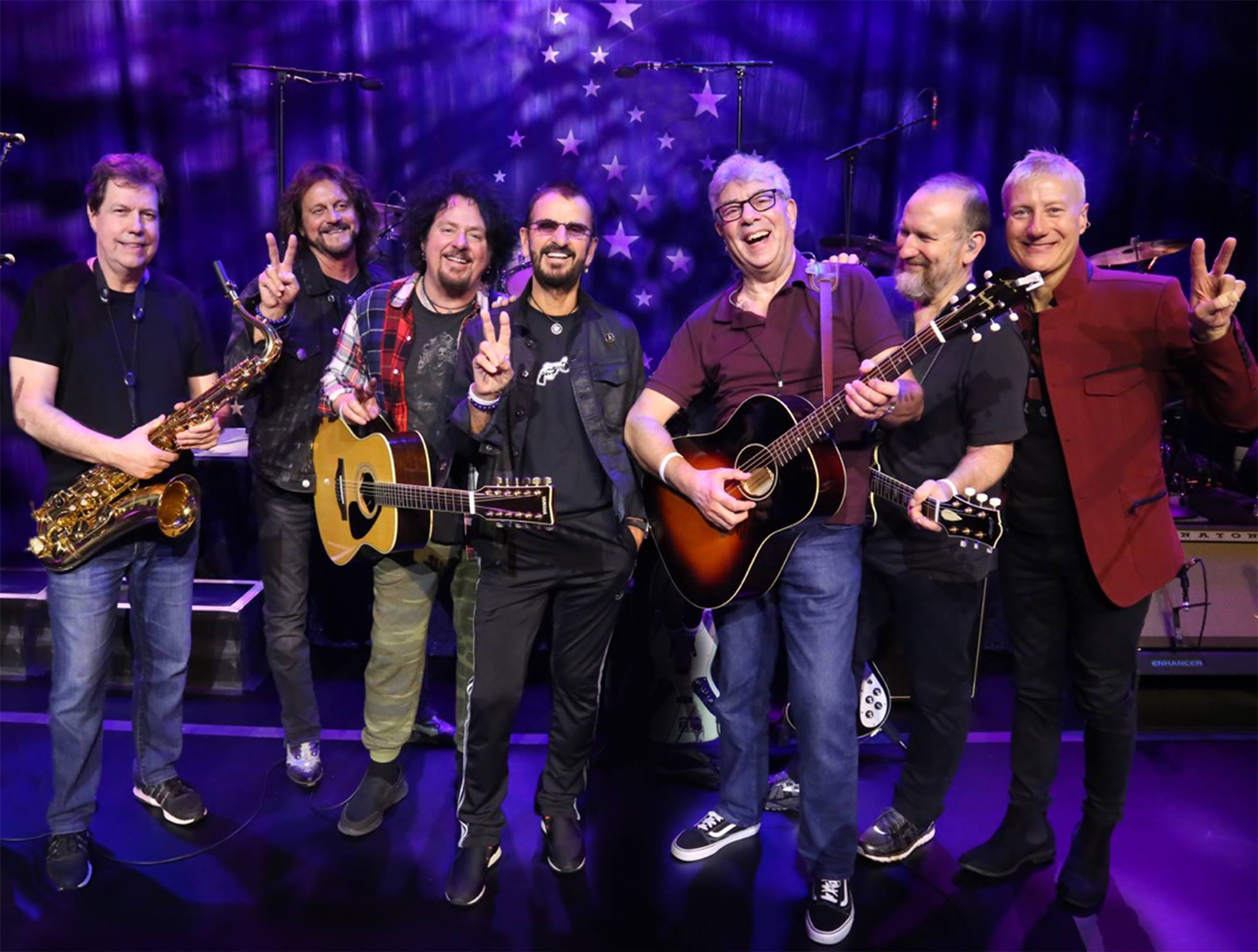 Ringo Starr and His All-Starr Band will perform at Fraze Pavilion on Tuesday, September 11th.

Starr will be the star of the show — promoting “peace and love,” urging fans to flash their own peace signs and making lots of corny jokes.

He’ll receive lots of cheers and hearty laughs, by a crowd happy to see a Beatle, and to hear one perform “Yellow Submarine” and “With a Little Help From My Friends” in concert.

The 78-year-old Starr is so happy, too, his genuine enthusiasm will lend to Tuesday’s two-hour set its feel-good spirit. He’ll keep a steady beat when he’s behind the drum kit, with Gregg Bissonnette taking the fills and performing a solo of the night during a cover of “Oye Como Va” in the spirit of Santana, a nod to All Starr keyboardist and Santana co-founder Gregg Rolie.

Those four musicians have been in the All Starr Band since 2012. Two additions — a returning Colin Hay of Men at Work fame, and first-timer Graham Gouldman of 10cc — are substantially more subdued performers but their reserved stage presence is a welcome contrast to the other members’ showmanship.

Hay, who last played in the All Starr Band a decade ago, does a little jig during the Men at Work tune “Down Under” that will tickle Starr. But he’ll use such antics sparingly, letting his songwriting lead the way for his smart and catchy toe-tapping signature “Who Can It Be Now,” while Lukather (wisely) lets him take lead vocals during the soaring chorus for Toto’s “Africa.”

And during a night practically void of nuance, the Graham Gouldman-led “I’m Not in Love” will be a low-key highlight, with Gouldman recreating the breathy croon from the 10cc recording, and his All Starr bandmates resisting the urge to seize the spotlight with mellow, effective backing harmonies.

Starr and his friends will get by just fine.