Roger Daltrey to Perform the Who’s ‘Tommy’ on Summer Tour 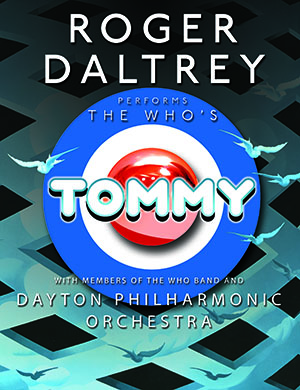 “Pete Townshend’s rock music is particularly suited to being embellished by the sounds that an orchestra can add to the band,” singer says of trek.

Roger Daltrey will perform the Who’s Tommy in its entirety on a 10-city summer tour, with the singer teaming with a local orchestra to play the classic 1969 album at each stop.

“I’m really looking forward to singing Tommy, not only with my great backing group, but also some of the finest orchestras in the country,” Daltrey said of the tour in a statement. “Pete Townshend’s rock music is particularly suited to being embellished by the sounds that an orchestra can add to the band. With the arrangements written by David Campbell, it should make a memorable night of entertainment for all those who love the arts.”

The month-long, 10-city trek begins June 8th in Bethel, New York, where Daltrey will perform alongside the Hudson Valley Philharmonic. At each stop along the way, Daltrey and his band – guitarist/backup singer Simon Townshend, guitarist Frank Simes, keyboardist Loren Gold, bassist Jon Button and drummer Scott Devour – will perform alongside a renowned local orchestra, including the Boston Pops Orchestra in Lenox, Massachusetts on June 15th and the Detroit Symphony Orchestra on July 5th.

In 2017, Pete Townshend staged his own orchestral tour with “Classic Quadrophenia.” Daltrey, sans orchestra, previously performed Tommy in its entirety on a solo tour in 2011. In addition to the upcoming Tommy tour, 2018 will also see the release of Daltrey’s long-in-the-works autobiography and the singer’s first solo album in 26 years.