The architect behind Foreigner’s extraordinary catalog of smash hits 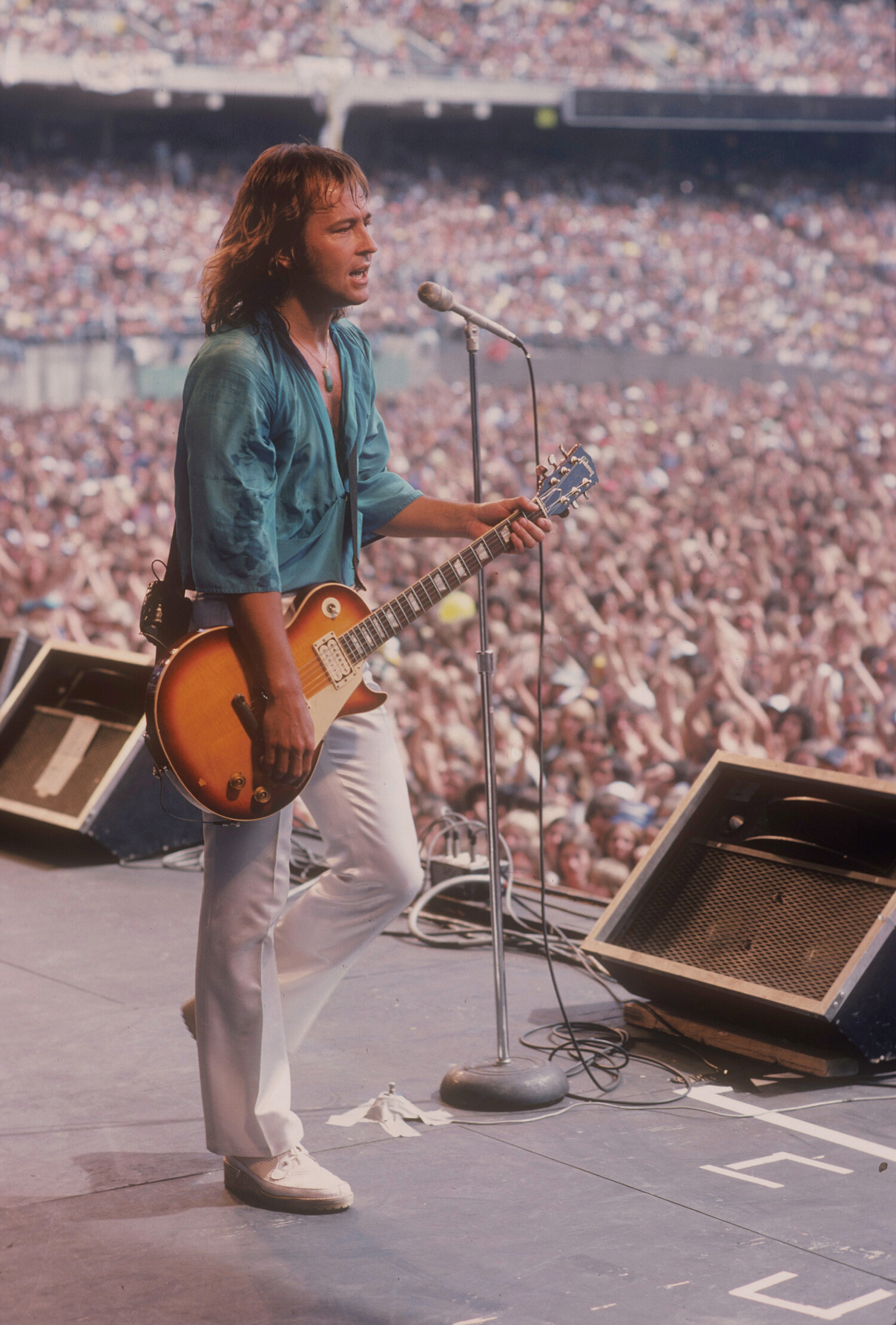 Mick has crafted some of rock music’s most enduring songs and produced 10 multi-platinum albums. Grammy and Golden Globe nominated songwriter, performer and producer and winner of the prestigious Ivor Novello songwriter award in Britain in 1998, Mick first began playing guitar in his early teens. “I knew early on that I could never hold a regular job. I had to play guitar. I had to somehow make my way into music” he says.

After starting his own Blues/Rock band and opening for the Rolling Stones in pubs across South London, Mick’s first big break came in 1964 when he moved to Paris and was hired to play with French singer Sylvie Vartan and later hired to work as musical director for French rock icon, Johnny Hallyday. Jones returned to his native England in the early 70’s to reform the band Spooky Tooth with Gary Wright. After Spooky Tooth broke up, Mick moved to New York City and, in 1976, formed Foreigner with fellow Brits Ian Mc Donald and Dennis Elliott, and Americans Lou Gramm, Alan Greenwood and Ed Gagliardi.

In his own words:

“My initial musical vision for Foreigner was to combine Blues and R&B with British Rock and make it sound soulful and authentic. I’d grown up in England and had the English influence but I was also inspired by many elements of American music, from Mississippi Blues to Country and Western. Foreigner was the vehicle to get that musical blend across.”

“I’m grateful to be surrounded by the talented musicians that make up Foreigner today. Now each night on stage brings Foreigner’s music alive with energy and excitement. Thanks guys for making it all new again!”

2, Foreigner has 9 Top 10 hits – that’s the same as Fleetwood Mac and more than Journey and most of their Classic Rock peers.

3. The 2018 orchestral album spent 12 weeks at #1 on the Billboard classical chart. It generated sold out US and international concerts including a spectacular night at the Sydney Opera House.

4. Audio and video streams over 15 million every week.

5. Digital downloads of ‘Juke Box Hero’ and ‘I Want To Know What Love Is’ certified platinum by the RIAA indicating Foreigner’s resonance in the new era.

6. Foreigner’s connection to a younger demographic is illustrated by the massive increase in streaming generated by the band’s song uses in such hit movies and TV shows as ‘Good Boys’ and ‘Stranger Things’.

8. Foreigner ‘4’ sat at #1 on the Billboard charts longer than any album by any artist in Atlantic Records’ 70-year history.

9. Foreigner, consistently in the Top 20 at Classic Rock radio, has more airplay than Bon Jovi, Eric Clapton, Fleetwood Mac, U2, Bruce Springsteen, The Who, Bad Company and more.

10. Foreigner’s founder, Mick Jones, was inducted into the Songwriters Hall of Fame in 2013.

11. Jukebox Hero, a musical based entirely on the hits of Foreigner, was launched in Toronto in 2019.

12. The Foreigner catalog has sold more than 80 million albums.