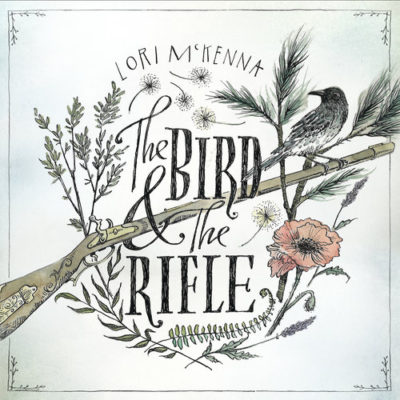 The Lori McKenna Band will be the special guest artist for the Alison Krauss show at Fraze Pavilion on June 15th.

Tickets can be purchased at Fraze FanFare or ONLINE HERE

Lori McKenna puts a magnifying glass on un-championed lives. She doesn’t just notice the quiet and ordinary, she delights in it – effortlessly transforming the average to extraordinary. The result is over a decade worth of songs filled with honest stories and melodic depth, and her latest release, The Bird & The Rifle, is no exception.

Produced by Dave Cobb, McKenna’s tenth studio album, The Bird & The Rifle revels in the routines and events that may seem mundane but are the most important, transcendent moments of our lives.

McKenna says with a laugh. “But that is where our greatest conversations happen––sitting in the front seat of someone’s car in the driveway when we should have gotten out 15 minutes ago.”

While Nashville has become an important artistic and business hub, Stoughton, Massachusetts has remained home. A married mom to five kids, McKenna explains that leaving Massachusetts just never made sense. “My whole family is here,” she says. “I don’t think it changes your growth as a writer, where you are. I think you will grow no matter what, as long as you put the work into it.”

Her commute between the two cities hasn’t held her back in the least. Nearly a decade since receiving her first album cut through superstar, Faith Hill, McKenna is one of the most sought after songwriters in the industry with her songs recorded by top artists including Reba, Alison Krauss, Faith Hill, Tim McGraw and Keith Urban. McKenna’s songwriting credits include the 2x Platinum Billboard No. 1 hit, “I Want Crazy,” by Hunter Hayes and radio favorites like Little Big Town’s “Your Side of the Bed” and “Sober.” She penned the 2015 massive Little Big Town hit, “Girl Crush,” which reached 11 weeks on the Billboard’s Hot Country Songs and netted McKenna a CMA Award, NSAI Songwriters and her first Grammy. Billboard recently spotlighted McKenna for bringing the solo songwriter back to No. 1 with her Tim McGraw hit, “Humble & Kind.” The song hit No. 1 on the Billboard Hot Country Songs chart marking the first time in more than four years a song written by one writer topped the chart.

As an artist, McKenna has now recorded a total of 10 albums. Rolling Stone named Numbered Doors, a stunning collection of her gritty, pensive songs, one of the “40 Best Country Albums of 2014.” Massachusetts, released the previous year, introduced McKenna to an even wider audience, hungry for something real, while 2012’s Heart Shaped Bullet Hole and 2011’s Lorraine were also breakthroughs, adding New York Times praise to her long list of fans including American Songwriter, Paste, and CMT.

McKenna’s determination to grow is obvious. While she started out undeniably strong in the late 90s, she’s only gotten better, topping herself even when it seemed impossible to do so. When she signed with Creative Nation for publishing and management in June of 2015, one of the first items of business was McKenna’s own new album. She remembers a conversation with Creative Nation’s co-founder, Beth Laird, that set the new record in motion: “Beth said to me, ‘Hey, would you ever think about Dave Cobb as somebody you’d want to work with?’ And literally, I had been wondering but afraid to ask her, ‘Hey, do you think Dave Cobb would ever want to work with me?’”

The Bird & The Rifle proves that the worlds of Cobb and McKenna were meant to overlap. The Grammy-winning producer behind albums from Jason Isbell, Sturgill Simpson, Chris Stapleton, and more, Cobb has emerged as a modern master of capturing the grizzled beauty in imperfection. “This record was made in a way that’s very different from anything else I’ve ever done,” says McKenna. “It’s very much me––this record and the songs. But it’s like I took the 10 songs and just got in someone else’s car and took a ride down the coast. I completely plugged into the world of Dave Cobb.”

Recorded live, the album invites close listening, achieving an intimacy that is comfortable but precise. Pared-down instrumentation including rolling guitar, blood-pumping bass, and soothing percussion creates room for McKenna’s lyrics and vocals to soar. Her voice cuts through not by overpowering, but with stark gentleness.

When asked how many of her songs’ characters are rooted in her own experiences, she acknowledges drawing on her own life in addition to imagining others’ realities and feelings. “I think if I just always wrote specifically about myself, I would get really sick of myself, and I think everybody else would too,” she says, laughing. “I think that might be because I’m the youngest of six from an Irish Catholic family. I’m not exactly sure where that comes from.”

“Wreck You” kicks the album off with room-shushing heartbreak. Written with Felix McTeigue nearly  eight years ago, the song explores the pain of hurting someone else over sparse strings that evoke 70s-era Beatles. “Sometimes we all feel like, ‘Oh, I cannot do anything right,’” McKenna says. “I think your job as a songwriter is in the three and half minutes that you have, to exaggerate that feeling,  take that little speck of a feeling and set it on fire.”

“The Bird & The Rifle” is an ideal example of the way McKenna acknowledges the complexity of relationships. She says that the song’s title and concept came from overhearing a joke on a Modern Family rerun airing in the background while she was folding laundry one afternoon. Characters were listing ideas for complementary tattoos that reflect and attract one another, like the moon and stars.

The character, Gloria, delivered the punch line, pairing tattoos of a bird and a rifle. “It came from a place that should be love, but it’s a destructive love instead,” McKenna says. “It floored me.” She wrote the song with Troy Verges and Caitlyn Smith at her house after holding the idea for a while and the result is frightening and raw, with a haunting tension conveyed in part by McKenna’s lilting vocals that slip into a refrain reminiscent of a bird crying in the backyard.

The album also features McKenna’s own recording of “Humble & Kind,” which Tim McGraw recorded and took to country radio this past January. McKenna wrote the song alone at home while her kids were at school. The song is a loving attempt to impart wisdom, layered over three chords. “I can say it’s one of my favorite songs, mostly because I had my kids in my head the whole time I was trying to write it,” she says. “My kids know that it’s theirs, and it’s nice in that way. It worked out pretty good.”

More than anything else, McKenna wants her songs to hit listeners wherever and whoever they are. “My husband always teases me and says I don’t really have the Boston accent I used to have,” McKenna says. “When I started traveling a lot, I started pronouncing my r’s, because they were nonexistent before that. And then when I sing, I have to sing in a way that people can understand my words. So my husband and I have this joke: He says, ‘It’s like you have no self-identity.’ But I figured it out. I’m not supposed to. I’m a songwriter. I’m supposed to be able to identify with these other characters and write songs about them. That’s my job.”