The Texas Tenors celebrate 10 years together 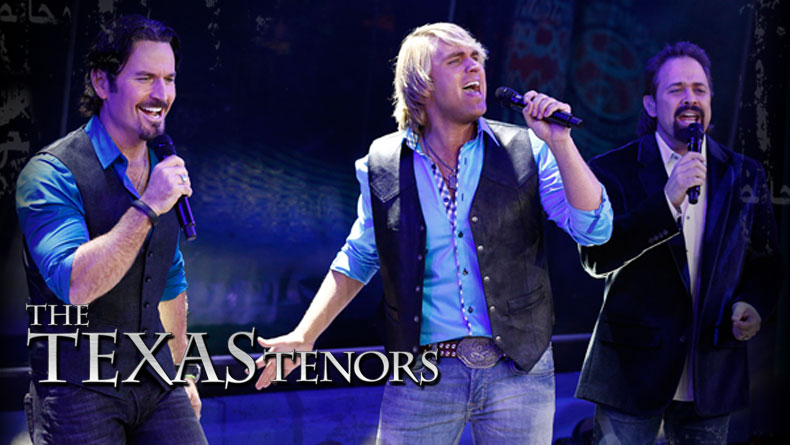 The Texas Tenors are the most successful music group and third highest-selling recording artists in the history of NBC-TV’s “America’s Got Talent” series. They have the distinction of being Billboard magazine’s 2019 #10 Classical Artist, #9 Classical label and are currently highest selling tenors group in the world.

Their powerful vocals and unique blend of great songs from the worlds of country, classical, opera, and Broadway make them one of the hottest and most exciting acts in show business today. Their live show appeals to all music tastes and generations. “From uplifting ballads and hard rocking country to musical theater classics and Neapolitan songs, everything was right on the money,” one critic raved.

Since appearing on “America’s Got Talent” in 2009, The Texas Tenors – Marcus Collins, JC Fisher and John Hagen — have recorded four studio albums, starred in two PBS specials, recorded four DVDs and multiple singles. The Texas Tenors have won three Emmy Awards, the television industry’s highest and most prestigious honor. Their most recent albums, “Rise” and “A Collection of Broadway and American Classics,” both debuted at #1 on the Billboard Classical Chart.

When NBC launched a spin-off primetime series, “America’s Got Talent: The Champions,” The Texas Tenors were one of the top 50 acts invited to compete and the only vocal group from the United States.

The classically-trained, versatile tenors have performed more than 1,300 concerts thrilling audiences at performing arts centers, casinos, corporate events, outdoor festivals and symphony halls. Marcus, JC and John have collaborated with some of the world’s most prestigious symphonies, including the Cleveland Pops, Pittsburgh, Atlanta, Phoenix and Houston Symphonies and The City of Prague Orchestra. From performances at the White House, Congressional Medal of Honor ceremonies, numerous charity events, NBA games and the Professional Bull Riders’ World Finals, there’s no stopping The Texas Tenors.

TTT also authored two children’s books, the first of which, Ruckus on the Ranch, earned a major award for excellence in children’s literature. Their newest book, Moon’s on Fire, to be published in January, is a rompin’-stompin’ companion to the first. Each comes with a CD of The Texas Tenors singing especially for little cow hands.