Who is Joe Bonamassa? 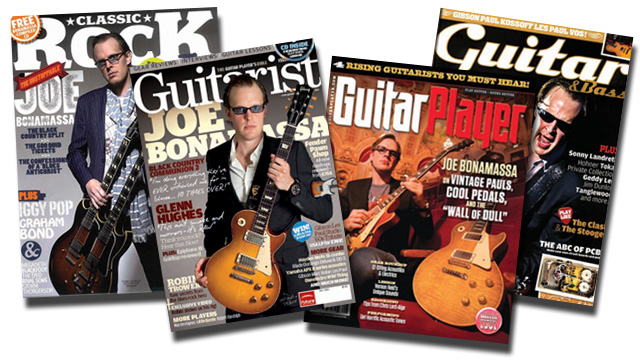 One of the Biggest Names in Blues Rock – Bonamassa has Twenty #1 Billboard Blues Albums …and Counting.

Almost every album Joe has produced instantly rockets to the #1 spot. His previous studio albums have even debuted on Billboard’s Top 10 album chart, proving that a Blues album could debut next to the biggest names in popular music.

Joe Bonamassa was found to be a genuine guitar prodigy before he was a teenager. He was featured on local news shows and playing in professional bands throughout school with members three times his age. He started opening for B.B. King.

Hailed worldwide as one of the greatest guitar players of his generation, Joe Bonamassa has almost single-handedly redefined the blues-rock genre and brought it into the mainstream.

By exceeding his own vertiginously high artistic goals, Bonamassa has shattered all expectations with this record and has reached new audiences – no mean feat when you continue his astonishing track record of releases, which now includes 21 #1 Billboard Blues Albums (more than any other artist in history). Bonamassa’s career in the music industry has built steadily over the years and is only gaining more momentum.

Download a Free Song from Joe Bonamassa at www.jbonamassa.com/freemp3