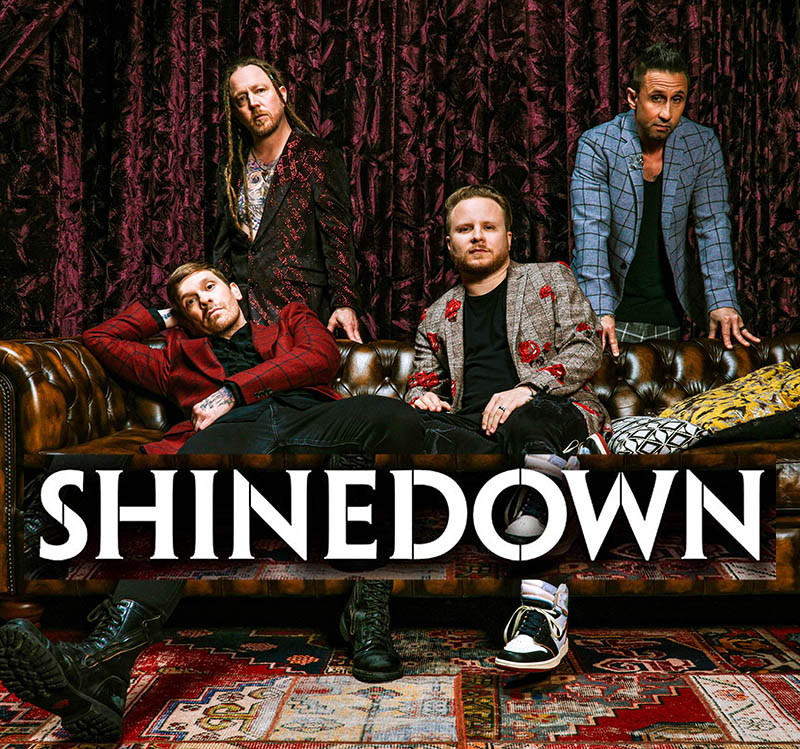 WARNING: strobe lights will be used during this performance.

Recent hits “Get Up,” “Monsters” and “Devil” bring their total to 14 #1s on Billboard’s Mainstream Rock Songs Chart, the second most in chart history, and the title track and current radio single “Attention Attention” is quickly climbing at rock radio.

The band is playing to sold-out arenas in the U.S. and overseas on their Attention Attention World Tour, backed by their biggest, most eye-popping production yet and propelled by the undeniable power of front man Brent Smith’s voice.

POP EVIL smashes through the odds like a battering ram, weathering the trials and tribulations of paying dues with a steadfast resilience owing much to their blue collar and middle class backgrounds, and building a worldwide audience one fan at a time. As the moniker promises when emblazoned on a CD or radio dial, POP EVIL conjures aggressive riffs and hard charging sing-a-longs with emotional heft and melodic power in equal measure. It’s music by the people, for the people.

There’s a reason Billboard named POP EVIL the #4 Mainstream Rock Artist of 2014, and it’s not just because of those three(!) consecutive #1 Rock Radio Singles from the last album (and a fourth that cracked the Top 10), the Top 10 Independent debut and Top 40 Billboard 200 debut of ONYX, or that album’s subsequent 180,000 in domestic sales. All of which being undoubtedly rare feats to accomplish as independent artists in any genre of music.