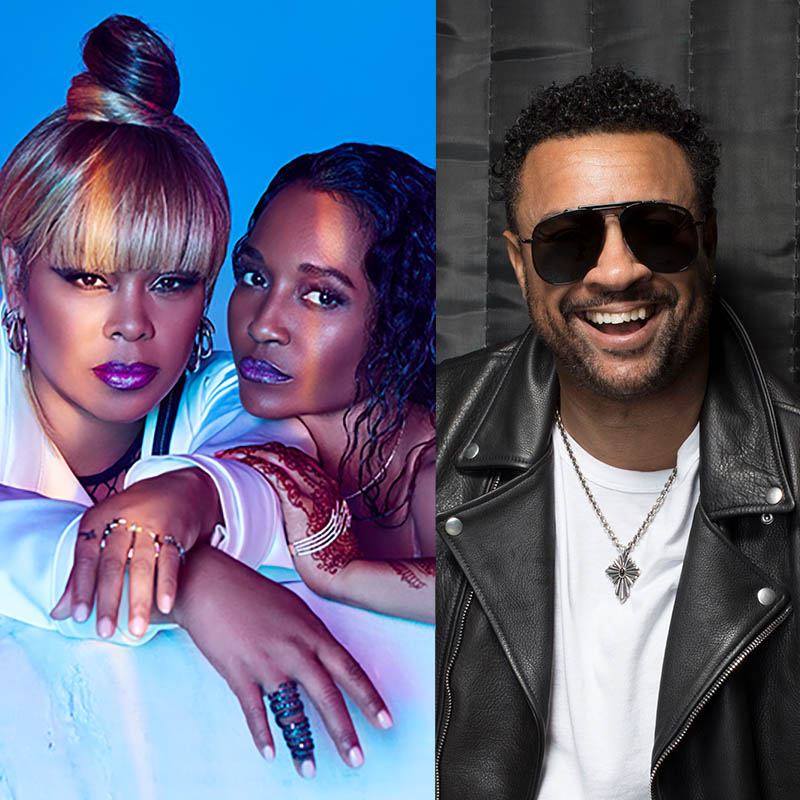 Shaggy
"Strength Of A Woman"

TLC’s influence transcends genres from pop, hip-hop, R&B to fashion and female  empowerment. They continue to define generations. To date, TLC has sold 85 million Records Worldwide, had 4 Number One singles  in the US, 10 Top Ten singles in the US, won 4 Grammy Awards, 5 MTV Awards, 5 Soul  Train Awards, and 4 Multi-Platinum selling albums, two of them – Fanmail and  CrazySexyCool are certified Diamond by the RIAA and they currently have one billion  plays on Pandora. It’s no surprise that TLC is the best-selling American girl group of all  time.

Formed in Atlanta in 1990, Lisa “Left Eye” Lopes and Tionne “T-Boz” Watkins, two girls  with spirit, smarts and spunk, had their sights set on a big future. Feeling a trio could work better than a duo, a manager recommended  Rozonda “Chilli” Thomas to round out the sound, with their nicknames spelling out the  acronym TLC. By 1992, the girls had not only been signed, but released their first  album, Ooooooohhh… On the TLC Tip, to both critical and commercial success, selling 4  million copies in the Unites States and yielding 3 top ten singles. Along with their ability  to blend funk, hip hop and soul, the ladies put female empowerment at the forefront of  their songwriting. Two years later they released their breakthrough album,  CrazySexyCool. Met with critical and commercial  acclaim once more, Rolling Stone ranked it as one of the best 500 Albums of all time  saying it was “highly enjoyable, incredibly influential and a certified classic.” The album  produced 4 top five singles on the Billboard charts and TLC won Video of the Year for  the song “Waterfalls” at the MTV Awards, making them the first black act to do so.

The two-time Grammy winner was born Orville Richard Burrell and raised in Kingston, Jamaica, Shaggy got his start as a club DJ in New York City’s burgeoning dancehall scene soon after moving to Brooklyn in his teens. Not long after serving four years in the U.S. Marines (including two tours of duty in the Middle East as part of Operation Desert Storm), he inked his first record deal and quickly scored a global crossover smash with “Oh Carolina.”

As the only diamond-selling dancehall artist in music history, Shaggy, managed by the Cherrytree Music Company, has sold more than 40 million album units to date, in addition to landing eight singles on the Billboard Hot 100 and seven albums on the Billboard 200 (including four in the top 40). He is among the top 3 streamed reggae artists of all time on Spotify (along with Bob Marley & Sean Paul).

Shaggy
"Strength Of A Woman"