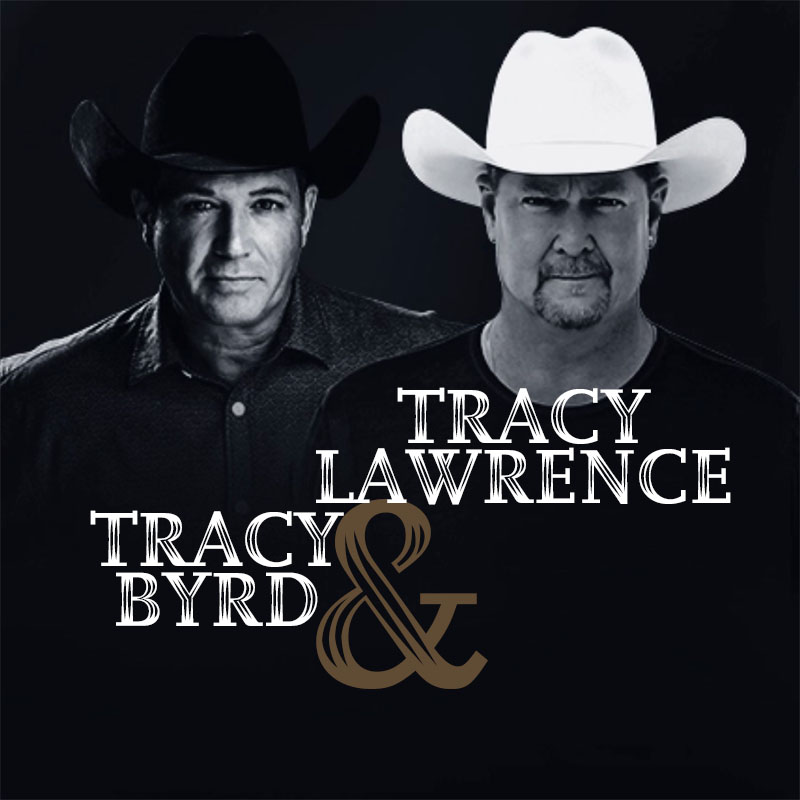 One of several rock-tinged honky tonk singers who rose to fame in the early ’90s, Tracy Lawrence has gained a loyal audience for his mix of modern and traditional country sounds. Debuting in 1991 with Sticks and Stones, Lawrence became a linchpin in the neo-traditional country scene after releasing Alibis (1993) and Time Marches On (1996), both certified double-platinum. The ensuing decades saw him land 40 singles on the Billboard Country charts, including the number ones “Can’t Break It to My Heart,” “My Second Home,” and “Find Out Who Your Friends Are.” In 2021 he issued the career-spanning triple-LP Hindsight, which was released to coincide with his 30th anniversary as a country singer.

With a perfect balance of good-old-boy, hell-raising anthems and tender balladry, Tracy Byrd became one of the bigger stars of the second wave of country music’s new traditionalists. Born in rural Texas, he released his debut on MCA in 1993 and climbed to the top of the charts with “Holdin’ Heaven.” Second album No Ordinary Man was his commercial breakthrough, reaching double-platinum certification thanks to four Top Five hits. Byrd left MCA after his fifth album, 1998’s I’m from the Country, but soon joined RCA Nashville and found his second number one hit, 2001’s “Ten Rounds with Jose Cuervo.” He continued to tour and book time in studios even after leaving RCA, recording material for his own Blind Mule label and releasing the concert album Live at Billy Bob’s Texas with his band the ByrdDawgs.